Should you or shouldn’t you move to Illinois? This is the question in your mind lately. How do you decide?

On the one hand, you feel drawn to move to Illinois and have even searched for “cross country movers in Denver, CO,” or “long-distance moving companies near me” on Google, just in case you do move there.

On the other hand, it’s an entirely new place for you, and all your online searches on Illinois provide you with disjointed information that leaves you more confused than clear.

This guide puts together that fragmented information and culls out the essentials to help you gain clarity on the decision you are about to make. Specifically, it focuses on the four main cities in Illinois.

Then, it compares these cities in terms of key factors or criteria to consider when moving to any location: median home price, cost of living, average income, educational and job opportunities, and things of note you can do in the area.

These cities are considered as “main” cities for being the top 4 with the largest populations according to the 2020 census. The logic is: if more people live here, they must offer many benefits to many people compared to living in the other areas of Illinois.

Chicago – The city that works hard and plays harder

As the third-largest city in America, Chicago (population 2,746,388) is a cosmopolitan city with a lot to offer a variety of people. Its median age is young at 34.5 years, with a mixed racial/ethnic composition of:

It has exceptional food, neighborhoods, cultural activities, libraries, and even freshwater beaches.

It also has good public transportation, so owning a car can be optional. Since each community has mostly everything they need within their boundaries, most people walk or bike around for errands. It has the country’s 3rd largest economy with diversified industries and hosts 36 Fortune 500 companies.

It’s also known for its “snowmageddons,” though, so you have to be prepared for harsh winters. You’d also have to deal with the challenges of living in big cities, like poverty, crime, pollution, and traffic.

Aurora – The City of Lights

Ranked as one of the ideal cities in the U.S. to “live the American Dream,” Aurora (population of 180,542), Illinois’ 2nd largest city, is 37 miles west of Chicago. Its population has a younger median age than Chicago’s at 33.9 years, composed of:

It’s an excellent place to live in for its people who care about their communities and for its parks that support healthier recreations and relaxing lifestyles. Although it’s a booming city, it has retained its suburban feel. It also has a senior-friendly tax system.

Its extreme climate with high summers and heatwaves, juxtaposed against its harsh winters, can be challenging healthwise.

Joilet, IL – In the Heart of America

Situated in the historic Route 66, one of the original highways of the U.S. highway system and famous for reducing the distance between Chicago and Los Angeles by 200 miles, the city of Joliet (population 150,362) has lots of charming waterfront and riverside locations. Its population’s median age is 33.8 years, with:

It has affordable homes and low violent crime rates, too. It has a mainly millennial population who are open and friendly to LGBTQs, mostly sunny weather, with a family-friendly environment.

Still, its winters can also be harsh, and you might need time to get to meet new people and make friends. You may also need a car to get around. Its job market is also currently in a downturn. But, as economic cycles go, it could turn up again, and it might be good for you to be already there, ready to meet the upturn.

Ranked one of the top 3 cities to raise a family in the U.S. for three years in a row, Naperville (population 149,540) has a dense suburban feel, and most residents are homeowners. Its population’s median age is 39.1 years, composed of:

Young professionals and families mostly live in Naperville, which has a lot of restaurants, coffee shops, and parks. Its working population thrives in professional, scientific, and technological fields.

It has limited public transportation, though, and most residents commute, so traffic congestion is a challenge. Residents must also learn to live with its severe seasonal weather patterns. Median, instead of average, home price is used in the real estate home property markets because the median is more reflective of the current state of the property market. A few unusually high or low prices can skew the average price.

In terms of the median sale price for houses, Naperville is the most expensive, followed by Chicago, Aurora, and Joliet. Naperville’s high home prices are attributed to a lot of demand but a meager inventory of homes for sale, which has been at its lowest since 1982. This also indicates that Naperville is a very desirable location for homebuyers. Cost of Living – Based on a two-bedroom apartment

Comparing the family cost of living rates, Aurora and Joliet are the least expensive, followed by Naperville, while Chicago is the most costly.

For a single person in a one-bedroom apartment, the rent ranges between $1,000 to $1,600 in these cities. You can also compare the cost of living where you live now to any of these 4 Illinois cities and see how each fares here. Comparing the four cities’ median income figures, Naperville has the highest, followed by Aurora, with Chicago having the lowest.

So, even though Naperville had the second expensive cost of living, it’s also compensated for by its highest median income among the four cities. The Education System in Illinois

Chicago is home to many Quacquarelli Symonds (Q.S.) World and Times Higher Education (THE) highly-ranked universities in the world: There are also 148 high schools, with 89 private schools, in the city. Joliet has eight high schools, with 3 of them private. There are four colleges and universities in Joliet:

It has six high schools, 2 of which are private, around 24 colleges and universities near Naperville, including 17 private, with seven community colleges.

Depending on your personal and family circumstances, whether you intend to move along or with your family members who still need to go to school, you can use this information to assess which of these cities are the best fit for you. The Chicago job market is currently at its best in the last 25 years for those with the right mindset and qualifications. In Aurora, the most demanded jobs are in:

In Joliet, they are in sales and retail service, nursing, store management, and logistics. In Naperville, you can find many positions in:

Depending on your work background, training, and career aims, you can use this information to assess which city offers the most opportunities and career growth for you. Given the very diverse job market and promising prospects in Chicago compared to the other three cities, and if your career background and interests match the listed in-demand jobs.

Things To Do in Illinois

Of the four cities, Chicago offers the most comprehensive and most diverse attractions for what you can do in the area while living there.

For starters, you can explore:

You can then take the Architecture River Cruise and Architecture Walking Tour to savor the city’s famed architectural wonders. During the weekends, you can enjoy the comedy clubs, live music (Lollapalooza, Riot Fest, and world-famous blues and jazz) music festivals. Go to the beach, experience the Magnificent Mile for high-end shopping, go to the theatre, explore a Chicago neighborhood (Wicker Park, Bucktown, Logan Square), feast on Chicago and international cuisine, or enjoy the people at the Millennium Park and Grant Park.

In Aurora, you can enjoy its award-winning theatre and outdoor concerts, shop at its world-class malls, create family fun at its outdoor parks and recreation centers, or go on outdoor adventures and nature trails along the Fox River. You can start exploring: Must-go-to attractions are the:

The 40-room Jacob A. Henry Mansion with a foundation made of limestone, the 1903 post office made of light-colored limestone, and the Bird Haven Greenhouse and Conservatory, Naperville offers a lot of relaxation opportunities. Whether alone or with your family. 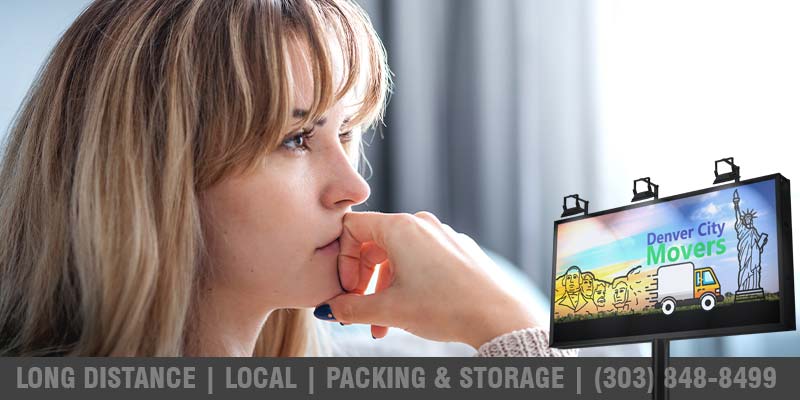 So What Do You Think About Illinois?

Given the comparison of these four main cities of Illinois now, how do they speak to your priorities, goals, needs, and values?

The city that fits your internal aims, needs, direction, and preferences most is probably the best fit for you. Get Moving Quotes from the best movers in Denver, CO!

Find and hire a moving company that can help you move your home safely; say goodbye to your old city and hello to the new.

We all know that moving is more of a hassle than it seems, but with Denver City Movers, we make sure that everything goes as smoothly as possible.

Get a Free Estimate